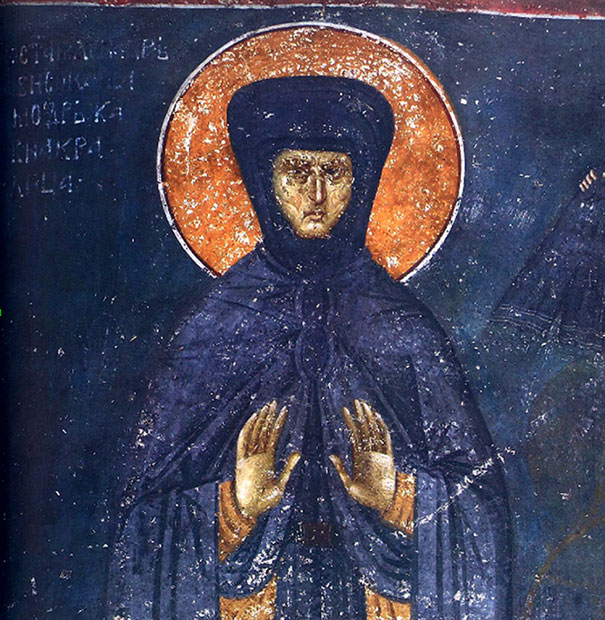 Royal blood, imperial blood, French family, Angevine origin, Queen. These are some of the descriptions given to Jelena Anzujska, also known as Helen of Anjou.

By the beginning of 20th century, several genealogical theories on her origin were proposed, based mainly on historical data related to Jelena’s sister Maria and her family, including Maria′s husband Anselm, who was a high dignitary of the Kingdom of Naples. Angevine kings of Naples referred to Queen Jelena of Serbia as a cousin and on that basis some researchers advocate Jelena’s direct origin from the House of Anjou, coining the term “Helen of Anjou.” Although her background may not be historically precise or traceable her legacy is her enormous contribution to the cultural rise of the Medieval Serbian state.

Most Historians agree Jelena is the daughter of a Hungarian nobleman John Angelos, Lord of Syrmia, and French aristocrat Matilde de Vjanden, daughter of Henry I, Count of Vianden and Margaret Courtenay. She was the wife of King Stefan Uros I of Serbia, having married him around the year 1250, during whose rule Serbia underwent a period of great prosperity. Economic development was booming due to mining and trade of silver and gold, primarily with Dubrovnik and Kotor.

As queen, Jelena founded the first girls’ school in medieval Serbia, in Brnjak, Kosovo, where she had a palace. She had books transcribed in monasteries to make them available at no cost. Reportedly she was a staunch opponent of royal elitism and was known for frequently opening her doors to the poor and downtrodden. She was the first queen to open a library at her court, and was a patron of many monasteries which she helped to build.

She renewed the Monastery of Saints Sergius and Bacchus, built the Church of St. Nicholas in Skadar where she died, and Gradac Monastery where she was eventually buried. Under her patronage, many other monasteries and churches were rebuilt or repaired, particularly around Lake Skadar where they had been devastated by the Mongol Invasion in 1242.

During the reign of her sons (Stefan Dragutin 1276-1282 and Stefan Milutin 1282-1231), Dowager-Queen Helen held provincial administration in the regions of Zeta and Travunia until 1308, proving herself to be a great administrator, governing regions with mixed Serbian Orthodox and Roman Catholic populations. Later, she became a nun at the Church of St. Nicholas in Skadar, where she died at the age of 78 on February 8, 1314.

She was canonized by the Serbian Orthodox Church. Her feast day is October 30/November 12. In 2017, the Nativity of the Mother of God Monastery in New Carlisle, Indiana, named their Fellowship, Friends of the Monastery, after St. Helen of Anjou, citing her as “the first Serbian Queen to become a saint.” The nuns there believe St. Helen of Anjou was “not of our origin and was not born Orthodox. However, St. Helen grew to love the Serbian people as if they were her own, thus converting to Orthodoxy.”