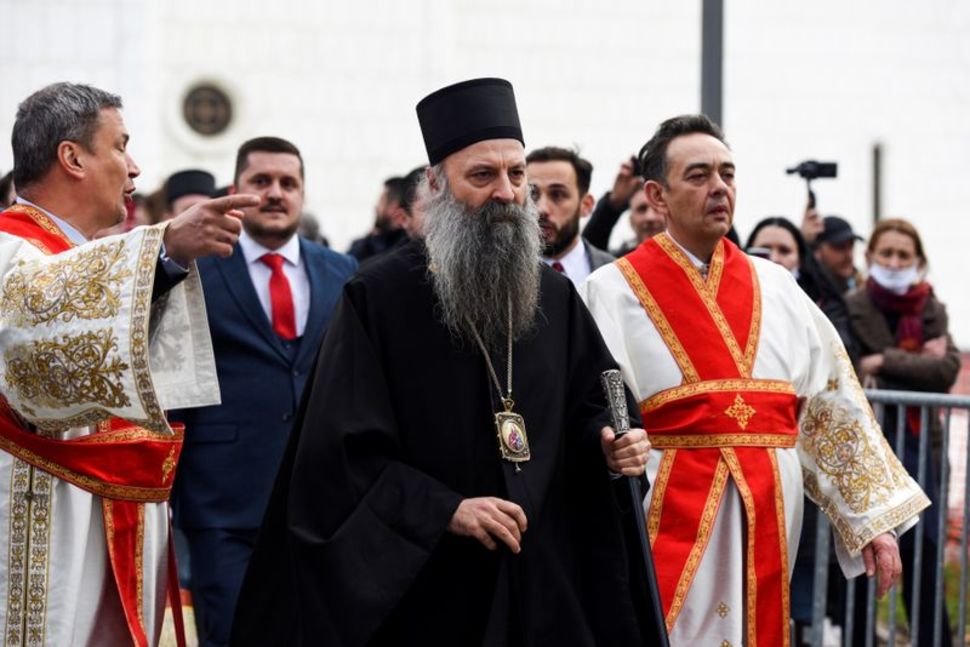 BELGRADE (REUTERS) - The Serbian Orthodox Church elected a new leader on Thursday to lead the influential church at the time of Serbia's balancing between its European Union membership bid and strong ties with Russia, its huge Slavic ally, it said in a statement.

Bishop Porfirije Peric, 59, seen as a modernist inside the conservative church, will be Serbia's 46th patriarch and the successor to Patriarch Irinej, who died in November from COVID-19 at the age of 90.

"The Holy Synod of Bishops ... elected His Eminence the Metropolitan of Zagreb and Ljubljana, Porfirije, as the Serbian Patriarch," the Serbian Orthodox Church said in a statement.

"As one of the most prominent contemporary ... clergymen and intellectuals, (Porfirije) ... maintains relations of personal friendship and close cooperation with priests and representatives of other churches and religious communities."

Porfirije will lead a church of about 12 million people in Serbia, the other five former Yugoslav republics, Kosovo, and dioceses in the United States, Australia and Western Europe.

The church and the government in Belgrade enjoy Russia's backing in their refusal to recognise the independence of Kosovo, Serbia's former southern province mainly populated by Albanians.

Serbs and their church regard Kosovo as the cradle of Serbian Orthodox Christianity and it is home to some of their most important monasteries and religious sites.

Bells on Belgrade's churches tolled as Porfirije was seen leaving the St Sava cathedral in central Belgrade where the vote by the Holy Synod, church's top body, was held.

Priests who gathered around the church's entrance chanted "Worthy", a Reuters witness said.

He is due to be formally enthroned in the coming days.