Home » Novak on top: Djokovic hailed as he surpasses Roger Federer’s record for most weeks spent as world number one

Novak on top: Djokovic hailed as he surpasses Roger Federer’s record for most weeks spent as world number one 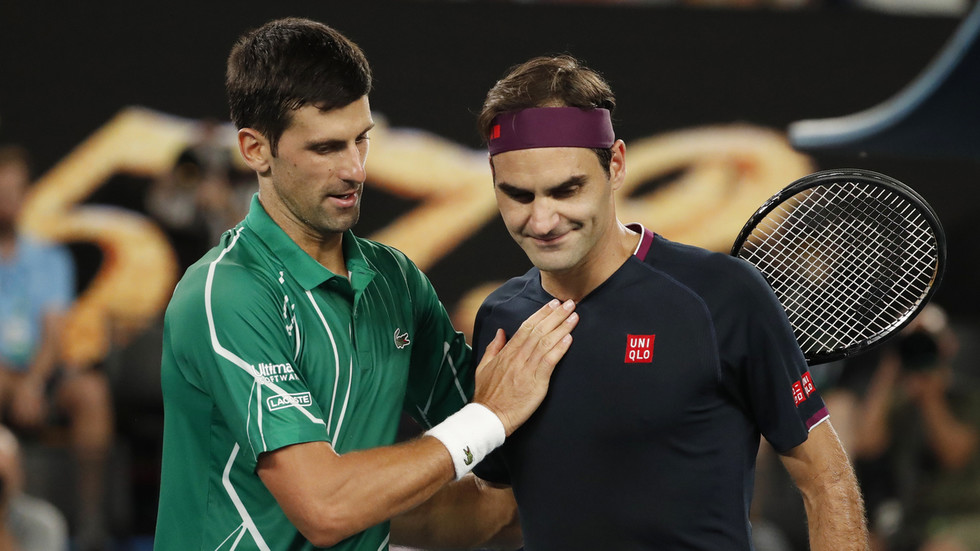 Serbian tennis star Novak Djokovic has carved out a unique piece of tennis history after he finally beat Roger Federer’s record for the most weeks spent at the summit of the men’s rankings.

On Monday Djokovic marked a total of 311 weeks spent atop the ATP rankings, one more than the long-standing record held by Swiss great Federer. He has enjoyed five different spells as the world’s top-ranked men’s player, most recently seizing the honor from Rafael Nadal just under 13 months ago.ALSO ON RT.COMYet again, Novak Djokovic rises above the slings and arrows to prove his class on court

The 33-year-old made his first appearance as the world number one back in 2011 and boasts an incredible 18 Grand Slam wins in a career which stands out as one of the finest in the sport’s long history.

“It really excites me to walk the path of legends and giants of this sport,” Djokovic said in a statement released by the ATP Tour.

“To know that I have earned my place among them by following my childhood dream is a beautiful confirmation that when you do things out of love and passion, everything is possible.

The record is broken!@DjokerNole now holds the record for most weeks at No. 1 in the @fedex ATP Rankings 👏 #Novak311 pic.twitter.com/stV5Hnghdm

Djokovic opted for a more measured reaction to the start of his reign as the holder of the rankings record, simply writing on Twitter Monday morning that it was a “big day today“.

The ATP Tour, meanwhile, noted Djokovic’s feat as being “nothing short of extraordinary“.

“Novak’s many achievements in tennis are nothing short of extraordinary,” ATP chairman Andrea Gaudenzi announced. “Among them this record may stand as his single most impressive.

“Reaching No. 1 is something many players dream of and very few ever accomplish, and to have held the top spot for longer than anyone is testament to the levels of sustained excellence that Novak has redefined in our sport.“

Speaking after winning the recent Australian Open, Djokovic said that he was now concentrating on bettering the all-time Grand Slam record dually held by Federer and Nadal (20), though the Serb also has a pack of rising stars attempting to keep pace behind him.

Elsewhere, Russia’s Andrey Rublev, 23, has been in imperious form lately and added another tournament win to his impressive resume this past weekend in Rotterdam when he won the ABN AMRO World Tennis Tournament. The win for the world number eight means he has now won 20 straight matches at ATP500 events, while also claiming seven successive ATP Tour championship victories.

And while Rublev doesn’t yet have a Grand Slam win to his name, tennis insiders are forecasting that the dynamic Russian’s name could once be etched onto some of the major titles claimed by the irrepressible Djokovic.